The state of the winter this year is better than last year.  Some skiers in PA may take issue with this assessment but there have been more opportunities for cross-country skiing in PA than there were last year.  Warmth never seemed to fade in 2012.  However, in 2013 cold air has invaded a few times and snow has been quite good for skiing.  Holiday time had the best widespread snow.  With time off for the holiday and snow on the ground, skiers had excellent conditions.  The Cross-Country Ski Potential Map for December 27 showed widespread possibilities for skiing. 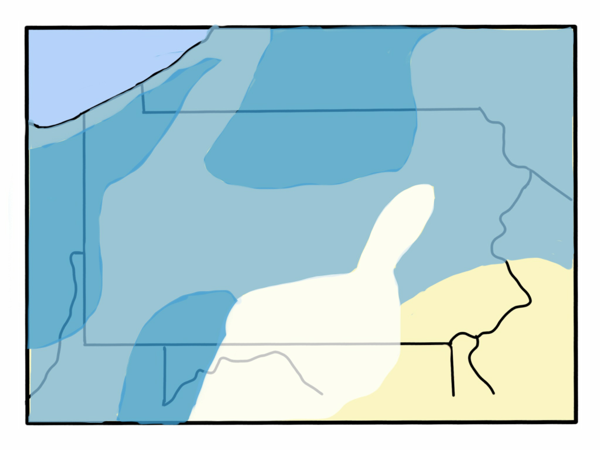 Since that time skiers in PA have not been treated to as much snow cover.  A huge warm up erased the snow cover then another cold injection created lake-effect and upslope snows and the skiing shifted westward in the state for a few weeks.  Then cold air storms produced fluffy snow that was eventually erased again by a spike in temperatures.  In 18 hours the skiing went from quite good to gone in some areas.  PA has missed out on heavy wet snow that goes through melt freeze cycles and becomes a boiler plate base for the snows to follow.  It is easier to get back to bare ground and that has happened several times this winter.

In February some eastern counties had some snow from the "Nemo" storm. There are more storms slated for the eastern part of the US with another cold weekend ahead.  Looking at the long rage forecasts, March is looking warmer than normal.  So the best chances for snow may be the next two to three weeks. If this happens it will continue a trend in very quick warm ups at the beginning of March.  That has happened the past two years. March has been a good month for snow in past years; don't give up hope yet. Seems like weather predicitons are good for a few days not weeks.

The state of this winter has been eratic and fun. Travelling to the snow has created variety and interest to skiing this year.  If those pesky warm spikes would only stay away, then we could get back to widespread snow cover to finish out the season.  Have fun as winter winds down and take advantage of the snow as it falls, hopefully in your own back yard. 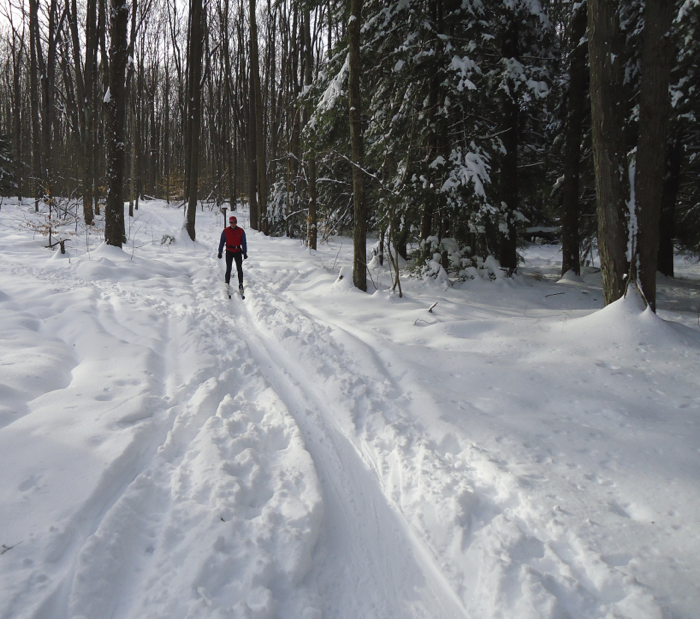 Feb 20, 2015: Spring Cross-Country Skiing in Pennsylvania Is Just Around The Corner